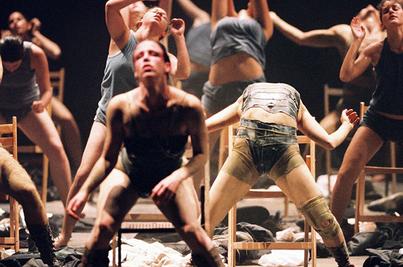 Menashe is the heartwarming story of an ultra-orthodox Jewish widower at risk of losing his son due to the strict religious tradition. Shot in the Hasidic section of Brooklyn’s Borough Park, the film offers a rare insider view of this insular community. The title character is based on the life of comedian Menashe Lustig, who offers a charming and funny performance as he tries to make sense of his life. “Menashe,” writes the Hollywood Reporter, “immerses us in an authentic environment of ultra-Orthodox Judaism and makes it relatable by weaving a sweet story . . . of a single father struggling to hold on to the son he loves.”

Mr. Gaga, from filmmaker Tomer Heyman, is a masterful documentary about the acclaimed choreographer Ohad Naharin – the inventor of an imaginative approach to modern dance that has captivated students of dance worldwide. Footage of Naharin’s personal life is juxtaposed with riveting excerpts of his choreography and earlier dance performances. Visually breathtaking, this is a film you will not soon forget about the unique genius of the artist described by The New York Times as “one of the most important choreographers in the world.”

This screening is co-sponsored by The Yard, Chilmark's center for the art of modern dance. 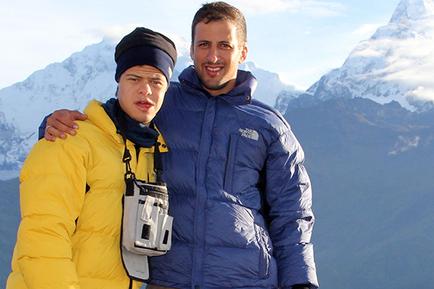 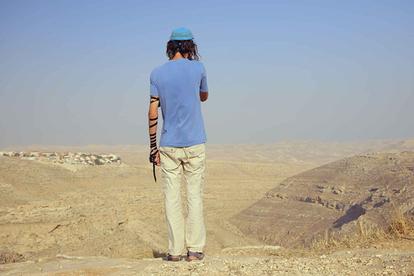 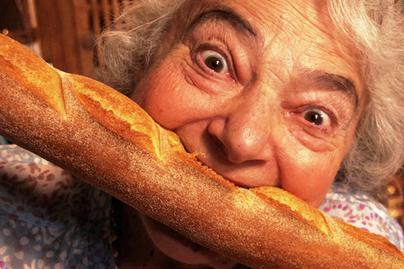 Uplifting and inspiring, My Hero Brother follows a group of young people with Down syndrome, and their siblings, on a trek through the Himalayas of northern India. We see the closeness that develops among the siblings, as well as the challenges they face. Writes the Times of Israel: "My Hero Brother moves hearts and minds with its story of adventure, perseverance and love."

Superb cinematography and an enchanting musical score by singer Ehud Banai add to the beauty of this film, a tribute to the determination of the human spirit. My Hero Brother is the winner of the Audience Choice Award & Best Documentary at the Santa Barbara International Film Festival.

Australian filmmaker and comic book artist Philippe Mora has criss-crossed the globe to recount the astonishing story of his German-Jewish father, Georges Mora, and his work for the French resistance during World War II. With the help of his friend Marcel Marceau, Georges helped to smuggle scores of children into Switzerland by wrapping documents in baguettes and slathering them with mayonnaise, reasoning that the fastidious Nazis would not inspect them for fear of soiling their gloves. For this, Georges received the nickname of the film’s title. Philippe paints bold, bright storyboards throughout the film to detail his father’s stories of survival.

The Settlers is a documentary tracing the history of Israeli settlements in the West bank, combining archival footage and contemporary interviews to chronicle the movement’s growth. This film from director Shimon Dotan is “a remarkable feat of access and explication,” writes Variety. “The real achievement here is in going beyond the buzzwords of newscasts and talking points to convey a sense of what’s happening on the ground — and to give it a sense of urgency.”

Certain to ignite a spirited debate, The Settlers helps to explain both the controversy and the urgent need for a solution. It is a “must see” for anyone concerned about this ongoing conflict and its impact on the Middle East peace process.

Selected by the Sundance and Berlin International Film Festivals. Featured at the New York Film Forum.

Join us after the screening for a discussion with:

​*         Prof. Robert Mnookin, Chair of Harvard's Program on Negotiation. He has mediated conflicts relating to Israeli settlements with Israelis and Palestinians, and provided negotiation training to those on all sides of the conflicts.

*        Peter Beinart, columnist for the Atlantic Monthly & The Forward, Political Commentator on CNN, Professor of Journalism at CUNY & author of 'The Crisis of Zionism."

Exquisite black and white cinematography and a fine ensemble cast add to this compelling period drama. It’s 1945, and the war has just ended but not its consequences. We find ourselves in the streets, entering houses and consciences of people in a small town in Hungary. Two black-clad Jewish men, arrive in town with mysterious trunks in tow. We see panic ensue among the villagers as they wonder if the men have come to claim the property that was taken from their Jewish neighbors during the Nazi-occupied deportation of the town. The film examines the themes of collective guilt and responsibility.

• Variety: “A fresh, intelligent cinematic approach to a difficult topic that takes on a transitional time in Hungarian history with subtlety and nuance.”

• Berlinale: “A Hungarian village becomes a mirror for the failure of a society.”
• Winner, Audience Award at Berlin International Film Festival and Miami 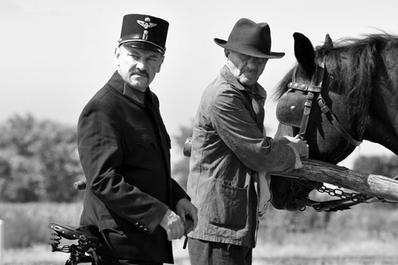 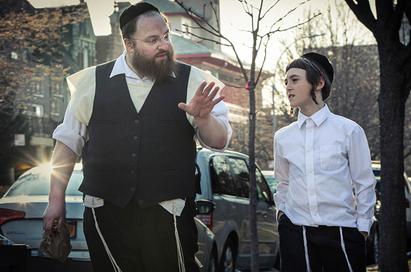